Skip to content
YOU ARE HERE:Home/Why Liverpool is bidding to become an autism-friendly city

Why Liverpool is bidding to become an autism-friendly city

A number of organisations, including Liverpool One shopping centre, Everton football club and Liverpool John Lennon Airport have signed up to be champions. 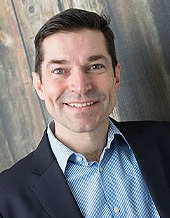 Autism champions around the city are being taught how to recognise the signs that someone may have the condition and how to handle challenging behaviour.

One in every hundred people are known to have autism. The Alzheimer’s Society runs a dementia-friendly communities project. So why shouldn’t communities be autism-friendly too? Surely this is an idea whose time has come.

Our Wirral-based charity, Autism Together, is partnering with Liverpool’s Autism Adventures in a joint bid to turn Liverpool into the UK’s first autism-friendly city.

Autism Adventures arranges activities for families affected by the condition. Founder Julie Simpson is a passionate advocate for autism awareness. Her son, Joe, has autism and she talked about the difficulties her family faced shopping and eating out.

“Someone told me once that Joe needed a good smack. The only way to change people’s perception of autism is by educating them,” she said.

When we launched our bid, Autism Together was part of a national scheme, Connect to Autism. Funded by the Department of Health, the scheme’s aim was for regional charities to deliver autism awareness training to public-facing organisations all around the country – such as shops, restaurants, cinemas and transport companies. We knew the funding wouldn’t last forever, but it gave us an enormous head start.

With Julie’s knack for opening doors and our charity’s professional training division and links to Connect to Autism, we felt we made an unstoppable team. And Liverpool embraced our plan with enthusiasm. The chamber of commerce supported us. We signed up numerous organisations to be champions: Everton FC, Liverpool John Lennon Airport, National Museums Liverpool, the Liverpool One shopping centre, Mersey Travel and 10 council-run fitness centres.

Our objective was to train as many Liverpool autism champions as possible by World Autism Awareness Day on 2 April. In the two months before the launch, in addition to performing their day jobs, the small project team hosted nearly 20 autism awareness sessions, training 300 people from organisations city-wide.

We taught staff to recognise the signs that someone may have autism and how to handle challenging behaviour. We also taught them about the different ways people with autism can choose to communicate. For example, if someone is non-verbal, they may communicate via a voice app on an iPad.

We encouraged our autism champions to make small adjustments to their premises to improve access to those with autism: they could advertise a quiet space, for people experiencing anxiety, or perhaps agree to clearer signage or less glaring lighting.

It hasn’t been plain sailing. We’ve had to think hard about what the term autism-friendly city means. At the very least, we believe it should enable those with autism to confidently access community infrastructure such as shopping centres, tourist attractions and public transport.

But what about the Liverpool families waiting months for an autism diagnosis or post-diagnosis support? What about the lack of respite care for families in need or suitable accommodation for those on the spectrum able to live independently? And who decides when a city has become autism friendly?

We spoke to campaigners in Exeter and Cardiff who also had ambitions for their cities to be autism-friendly. They had stumbled over the same issues. Their message was encouraging: if you can figure out how to achieve this, we’ll do it too.

Our project has received much goodwill. The shadow home secretary, Andy Burnham, has talked of his pride at Liverpool’s autism-friendly ambitions. Health minister Alistair Burt has praised the willingness by all involved to make changes.

Our Liverpool autism champions are doing great things. Families travelling through Liverpool John Lennon airport this summer can pre-order an autism awareness voucher, which entitles them to extra support from staff. They’ll be fast-tracked through security so they don’t have to handle the stress of long queues. National Museums Liverpool will soon begin running autism-friendly sessions.

At this point it feels as if there are more questions than answers. But on our side we have momentum and enthusiasm – from existing champions and the many organisations in contact since our official launch in April. What we also know is that a journey of a thousand miles begins with a single step.