Skip to content
YOU ARE HERE:Home/‘Unbelievable’ THIRD raid on Wirral charity garden centre 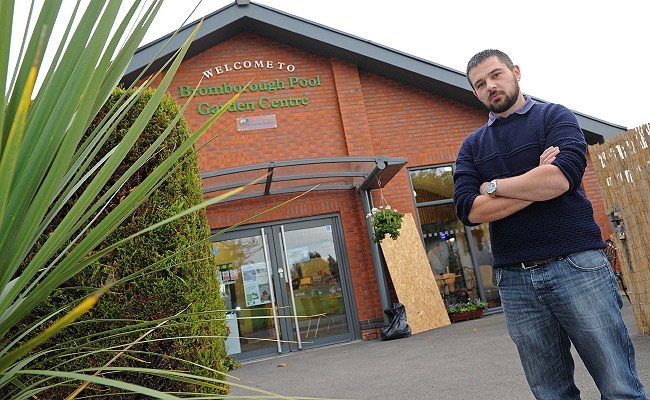 “This unbelievable. We’ve had weeks of disruption.  All we want is for normal life to resume.”

Autism Together’s award-winning charity garden centre, in Bromborough Pool, Wirral, has been targeted by burglars for the third time in six weeks.

The community project, run by the former Wirral Autistic Society, offers work placements for 17 people with autism at a time.  It has had thousands of pounds of cash and equipment stolen in a series of night-time raids, leaving staff demoralised and service users traumatised.

Chief executive of Autism Together, Robin Bush, said, “Our insurers will help cover the cost of equipment stolen and members of the public and local organisations have been incredibly kind to us, raising money to replace the cash we’ve had stolen.  What makes us frustrated and upset is that these continual raids are destroying the peace of mind of the people with autism that we care for.  Our organisation exists to provide the best quality of life possible for vulnerable people. They deserve the opportunity to contribute to their local community and they take immense pride in the work they do. If the thieves could see the awful anxiety they’re causing to entirely innocent people then surely they’d stop and reconsider their actions.”

Lex Freeman, manager of the garden centre, said, “This unbelievable. We’ve had weeks of disruption.  All we want is for normal life to resume. At this time of year we are supposed to be focussing on Christmas; instead, we’re boarding up windows and installing extra security.  We refuse to be defeated by the thieves but it is starting to feel as if this will never end.”

Autism Together (then Wirral Autistic Society) took over the garden centre in Bromborough Pool village in 1992 and, following a donation from the Social Enterprise Development Fund in 2011, developed the site, adding a coffee shop and landscaping business.   The community company is run on a social enterprise basis, with all profits being ploughed back into the service. Earlier in 2015 the garden centre won a national Independent Specialist Care Award for its services to people with autism.

Anyone with information about the break-ins should contact police on 101 or Crimestoppers, anonymously, on 0800 555 111.