Skip to content
YOU ARE HERE:Home/The road to London 2020… a Marathon journey with Clint Wilkinson (November) 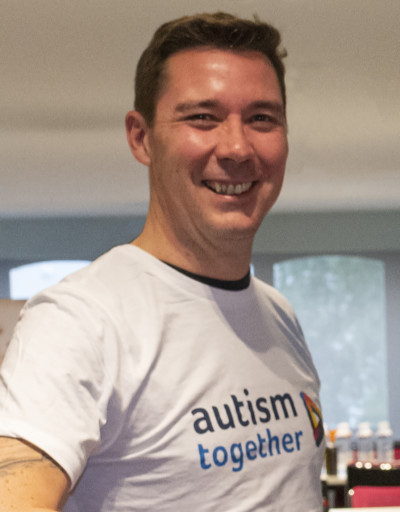 Read the second of our blog series following the journey of Clint Wilkinson, a police officer from Wallasey, who is running the London Marathon on behalf of Autism Together…

I am one month into my training and so far, so good.

Starting slowly and gradually increasing the miles, I’m up to 10 miles now for my weekly long-run.

Will likely maintain that and look for a half marathon to enter in the new year, maybe the Wirral Way event on January 4th. Then the hard work really starts as I gradually crank up the miles, building towards 26 April and the London Marathon.

The hardest thing at the moment is juggling work, kids and running. Had some very early starts to get a run in before work and am getting used to seeing the sunrise…

The Gym at Village Hotel Wirral are supporting my training and they have been great. Looking forward to using the new pool which opened this week.

I’ve also been getting out with the Village Road Runners on Tuesday evenings in Port Sunlight River Park. It’s a great group with runners of all ages and abilities including some others who will be running in London next April.

Most of my training so far has been outdoors but as the nights draw in and it gets colder I will start to use the gym more. I’ve also been trying to eat a bit healthier, much to the surprise of my colleagues in work as I’ve swapped the bacon butties and takeaways for overnight oats and home cooking.

So, with the training underway it’s time to start to raise some money.

My Virgin Money Giving page is up and running: https://uk.virginmoneygiving.com/ClintWilkinson and I have already had some generous donations from a couple of colleagues.

I am running for Autism Together as they are a charity which has supported my family and my son Henry. Henry turned 8 last week (on Halloween) and for the first time ever he tried to blow out his birthday cake candles. Proud parent moment. Only a small thing, you may think, but to me and lots of other fathers like me it’s a big deal.

Whilst I may have a lot of hard work ahead of me and 26.2 miles of torture in April, Henry and loads of other children like him have equally big battles every day with things we all take for granted.

I will be announcing some fundraising ideas shortly and may need some volunteers to assist so stay tuned. In the meantime, if anyone is willing to have one less pint or glass of wine this week and instead donate a few quid to my page, it would be very much appreciated.

Follow Clint’s marathon journey to London in 2020 via our website and Facebook page, as Clint blogs his way through the pain barrier… all the way through to the big day next April. If you missed part one of Clint’s blog you can catch up here.

If you’d like to support Clint in his marathon journey, on behalf of Autism Together, you can donate now via his fundraising page: https://uk.virginmoneygiving.com/ClintWilkinson