Teddy’s poem from Autism’s got talent 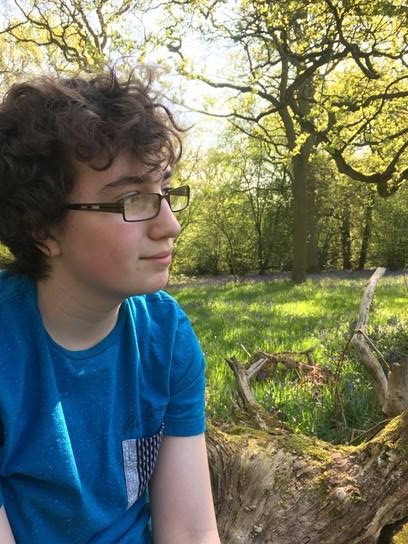 Autism’s Got Talent 2018 showcased at the Mermaid Theatre in London last weekend, and the show was packed with exciting and diverse talent from those on the autistic spectrum.

One performer, Teddy Matthews, had the audience engrossed as he read one of his poems, ‘Autism’, explaining what autism meant to him. Autism’s Got Talent will be coming to Merseyside in November this year, and Autism Together hope to find lots of talented acts, just like Teddy, to perform.

Have a read of Teddy’s fantastic poem below:

A poem by Teddy Matthews

Autism. What is it?

Thank you for your inquisitive nature, strange disembodied voice.

Honestly. Autism can be summarised in lots of ways.

If you go to google it spits back that it is “a mental condition, present from early childhood, characterised by great difficulty in communicating and forming relationships with other people and in using language and abstract concepts.”

If you asked a therapist they may list common symptoms displayed or developed by many people with autism. So…discount google.

But if you asked me, or my councillor, or my friends. They would tell you everything that it lets me do.

Good grades in subjects I care about.

Endless people saying, “but you’re not Autistic..” simply because they’ve known you for so long they think that your normal IS NORMAL.

But…others know me from different times. From rooms filled with iced cotton wool and coffee so I had to sit on a filing cabinet to escape.

From days spent scheming to get myself to a GP to discuss my mental health without my mum knowing.

When I refused to touch another person.

But now, there are fewer of those rooms, no more of those days and those months have been left far behind me.

Like a distant memory made of mist, from an ancient child’s life.

That feels like forever now, a quarter of my lifetime.

An eventual, continual, obvious development. That I never believed in.

But. All good things really do come to those who wait.

I am a 17-year-old boy who lives in the Midlands and am studying English, Media and Psychology with hopes of going to university to study films and media or becoming a creative writer. When I’m not at sixth form, I am mostly engaged in my writing, including designing characters and writing my own short stories and poetry. I began writing poetry consistently last summer and have barely taken a break since. Often my poetry will be a way for me to express complex emotions which I often struggle to understand.