I have always been proud to be a McParlin. Sometimes it is someone who remembers my great-grandad Eddy who ran what everyone called “Mac’s”, the New Ferry fishmongers and chip shop. However, nothing makes me prouder than when someone asks if I am Tom McParlin’s granddaughter.

Smiles and a story to tell

Tom was well-known as a character who always had a smile and a story or two to share. It would take (as my brother and cousins can attest) an average of one hour to walk with him down the road to the paper shop; a journey that would normally take ten minutes there and back. Why? Everyone loved to stop my grandad to have a chat. They would chat about anything and everything; from marvelling at just how many grandchildren he was babysitting in the school holidays at one time (the record was five all aged under ten) to issues they wanted him to raise at the next local councillor surgery.

In 1967, my uncle Simon (his third and youngest child) was born. As Simon grew older it became apparent that he was a far more unique child than he and my nan Beryl had expected. He was diagnosed with autism, which in the sixties was a largely unknown developmental disability and there was little to no support available from neither public nor private health services. Never one to back down from a challenge, my grandparents set out to form their own organisation through finding other parents who were also struggling. They called themselves the Wirral Autistic Society and created a network built entirely from a parent’s love. They held meetings where their children could meet other special children just like them, shared information on nutrition, compared the latest research on autism education but more importantly bought and restored the physical foundations of their new charity: Raby Hall. Many people recall my grandad daily in the echoed halls, dressed in overalls, whistling as he got stuck into the renovations. As the charity grew larger and Uncle Simon settled into the adult residential service most recently at The Greens, Grandad stepped away from the day-to-day and entrusted it into care provider professionals whilst he stayed on as a trustee. Sadly, my grandad died 15 years ago this year and true-to-form his funeral was standing-room only – the crematorium filled full of love and respect for the man simply known to all as “Tom”

In the same year that it has been 15 years since his passing, it would also have been his 90th birthday. This year, to celebrate this, I wanted to find something that would bring the smiles and stories back not just for me but my whole family and anyone who knew him. If you knew my grandad, then you would know that he loved staying active so the quest for a physical challenge started.

I asked Nan to choose a charity, she chose Autism Together. I did find the right challenge – the Liverpool Rock ‘n’ Roll Half Marathon, with its famous course taking in the sights, taking place on Sunday 26 May 2019. However, in order to do it, I needed to put in the work. As a regular 10k runner, I am heading into uncharted territory on my first ever half marathon to double up to 13 miles. Scared does not cut it, but Grandad’s voice in my head told me I needed to prepare and be ready. So shortly after my 32nd birthday, I kicked off a 25-week training plan containing not just running but also spinning, calisthenics, weight training and swimming. At time of writing, I have completed 31 training runs over 152 kilometres (just over 94 miles), with 43 more runs over 181 kilometres (just over 112 miles) to go and 12 more weeks to do it. It seems like both a long way off but right around the corner, cue the nerves. Weirdly though, even though I am training completely alone, I am never alone when I am doing it in Grandad’s memory.

Since graduating university, I have been working in the technology sector and right now within a local government setting using digital as an enabler for residents to access helpful services. Autism Together’s Future50 appeal hopes to build a state-of-the-art centre in Wirral where those with autism can access the latest technology to enable and enrich their lives. The appeal could not be any more apt if it tried and to feel like I am able to help it with any funds raised from my Grandad’s memorial run would be unbelievable.

I am currently a third of the way into my target funds raised, I really need your help – not just for me, but in the memory of my Grandad to benefit these special people that he loved most in the world. To help me, please visit my JustGiving page and donate. 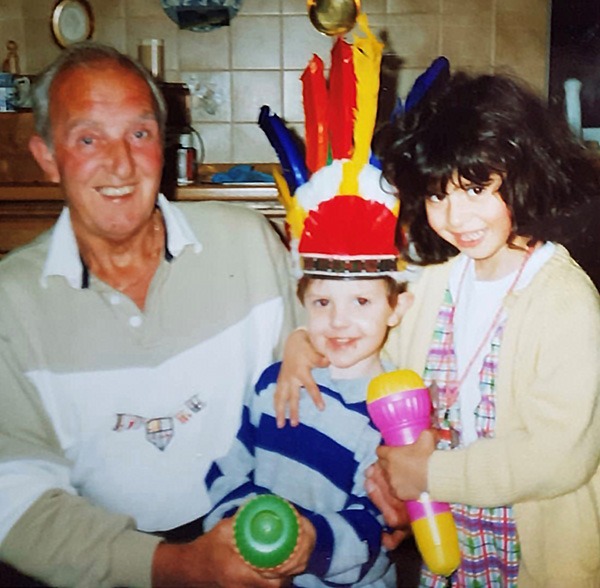