Skip to content
YOU ARE HERE:Home/Early death in autism shocking new research 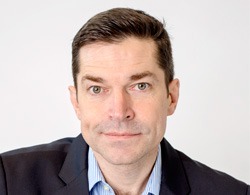 “Our team at Autism Together will review these findings to ensure that the best possible long term health outcomes are achieved for the people we care for and support.“

Our response to research charity Autistica’s report into early death in autism:

Autistica’s report findings, as the charity itself says, are shocking.  The report finds that autistic adults with no intellectual disability die an average of 12 years earlier than the typical population, driven in large part by suicide. Those with autism and intellectual disability die 30 years before their non-autistic peers, with epilepsy the leading cause of death.

Much of the data quoted in the report is Swedish and we wholeheartedly support Autisica’s call for further research into this issue in the UK.

One area that should be explored further is the impact of bullying on the autistic population and whether this contributes to the high levels of suicide.  We know from our own regional report that mate crime, which is a subtle form of manipulation and bullying by friends and even family of those with autism, can contribute to depression and social isolation. Alarmingly, our survey into mate crime in Merseyside found that 80% of respondents over 16 had been subjected to some level of bullying by people they had considered to be friends.

Our team at Autism Together will review these findings to ensure that the best possible long term health outcomes are achieved for the people we care for and support.

A major report¹ from the leading autism research charity Autistica brings together for the first time research studies that show people on the autism spectrum are dying decades younger than the non-autistic population. The charity is calling for a national response to this hidden crisis, including massive investment in research and an NHS England review of premature death in autism.

The report includes recently published data from the Karolinska Institute in Sweden showing that, on average, people with autism die 18 years younger than the general population. Those with autism and intellectual disability die 30 years before their non-autistic peers, with epilepsy the leading cause of death. Autistic adults with no intellectual disability die an average of 12 years earlier than the typical population, driven in large part by suicide².

Although autistic people are at an increased risk of dying early from virtually every cause of death, autistic adults with learning difficulties are 40 times more likely than the typical population to die prematurely from a neurological condition, particularly epilepsy. Autistic adults without a learning disability are 9 times more likely to die from suicide compared to the general public, with autistic women at the greatest risk.

These Swedish figures are taken from a very large epidemiological research study and confirm previous findings from smaller studies of autism mortality risk across the globe. Virtually no research has been done to determine how to optimally treat epilepsy and suicidal tendencies in autistic populations.

Ahead of World Autism Awareness Day on 2 April, Autistica’s report, “Personal tragedies, public crisis”, puts forward detailed recommendations for action and calls on the Government to ensure national, regional and local care providers have clear and specific plans to reduce premature mortality in this group².

Autistica aims to raise £10 million to kickstart research to tackle early death in autism, but stress that given the scale of the problem, the response needs to go far beyond the charity sector. Jon Spiers, Autistica’s Chief Executive, said:

“This new research confirms the true scale of the hidden mortality crisis in autism. The inequality in outcomes for autistic people shown in this data is shameful. We cannot accept a situation where many autistic people will never see their 40th birthday. Everyone involved in supporting people on the autism spectrum from the Government right down to local care providers has a responsibility to step up and start saving lives as soon as possible.”

Gill, mother to Ellie, a 19-year-old with autism who recently began having seizures, said:

“Seeing your child suffer a seizure is shocking and painful enough.  To know that as someone with autism they are also more likely to die early from epilepsy is a double blow.  We need proper answers and we need them now.  We cannot simply stand by and watch people with autism die because of a lack of research and specialised care.”

Steve Silberman, award-winning author of the recent bestseller Neurotribes documenting the history of autism, is backing the campaign:

“The shocking levels of premature death and suicide among people on the autism spectrum should be a wake-up call to governments and service providers worldwide: dramatic proof that bullying, lack of support, inadequate health care across the lifespan, insufficient allocation of resources to create options for housing and employment, and a failure to aggressively pursue research into better treatments for chronic anxiety and seizures comes at a terrible cost. As a society, we can longer afford to squander precious human lives and potential in this way.”