Skip to content
YOU ARE HERE:Home/Musician pledges to donate album profits

Merseyside singer Cal Ruddy has pledged to donate 10% of his debut album and merchandise profits to Wirral-based charity Autism Together to help raise funds for its Future 50 Appeal.

His debut album, Elliston Place, is available online after the success of his debut EP ‘Communication’ in 2016 which sold over 7000 copies and is still available to purchase on iTunes, Spotify and Apple Music. Fans are also able to buy merchandise such as t-shirts, mugs, badge sets and signed lyric sheets.

Cal, who is 23, made his mark as a country and Americana singer after a trip to the home of country music, Nashville, Tennessee, where he worked alongside top songwriters and producers including Blue Miller, producer to John Legend. Since then, Cal has performed at a charity concert with proceeds donated to Autism Together.

The charity’s Future 50 appeal is funding the construction of a world-first autism centre in Wirral where pioneering biometric technology – in the form of lightweight wristbands – will be used to help people with severe autism.

“As I have Asperger’s syndrome myself I hope to make even just a little bit of a difference to the campaign and to people’s lives with autism. I hope my music serves as an inspiration to other people with Asperger’s and autism and can show them that anything is possible. I’m proud to support Autism Together and to help them continue their fantastic work.”

The singer is also part of an exceptional line-up of singers, dancers, musicians and magicians taking part in Autism’s Got Talent, a touring talent show from the West-End in London. Autism Together has partnered with Anna Kennedy Online to produce the show at the Floral Pavilion in New Brighton on 23rdNovember this year.

“Cal’s an up-and-coming talent with a bright future ahead of him. We’re incredibly grateful that he’s pledged a percentage of his profits to our appeal and we can’t wait to follow his progress in the music industry.”

You can pre-order Cal’s album, Elliston Place, at https://www.pledgemusic.com/projects/cal-ruddy-nashville

Tickets to see him at Autism’s Got Talent can be booked via https://bit.ly/2L3TebX or by ringing the Floral Pavilion box office. 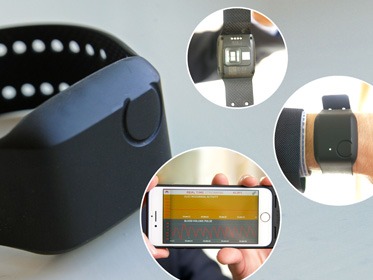 The charity’s Future 50 appeal is funding the construction of a world-first autism centre in Wirral where pioneering biometric technology – in the form of lightweight wristbands – will be used to help people with severe autism.