Skip to content
YOU ARE HERE:Home/Read all about the surprise birth of our baby alpaca, Gabe

Read all about the surprise birth of our baby alpaca, Gabe 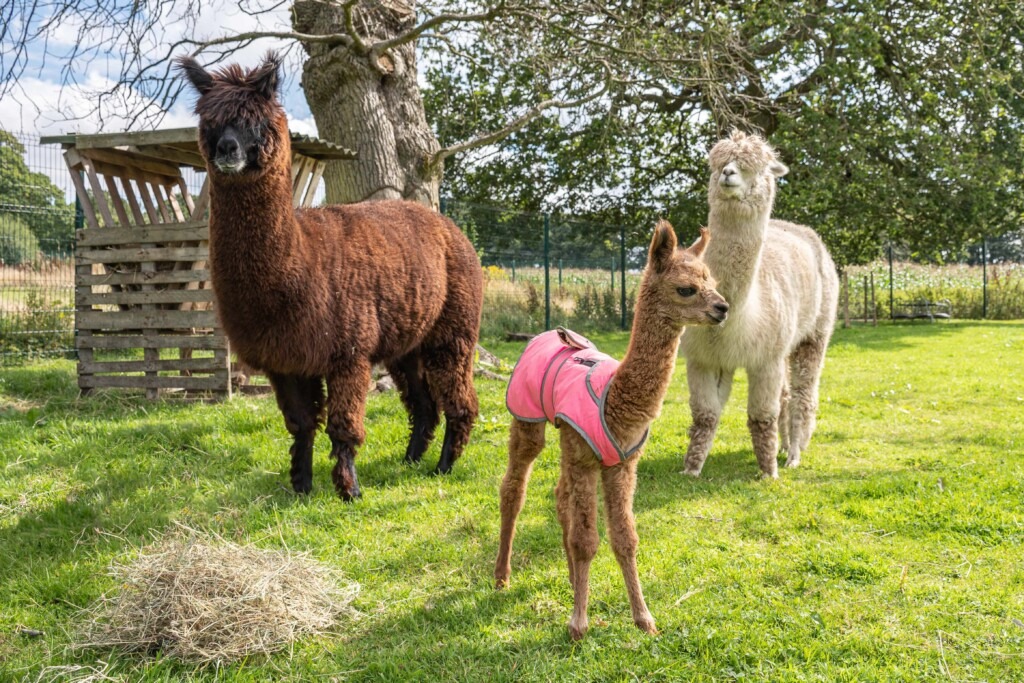 We had some good news this month with the surprise birth of a baby alpaca at our Raby site.

Autism Together’s animal husbandry team manages a menagerie of animals – with help from the people we support – including pigs, goats, rabbits, guinea pigs and, of course, alpacas. However, the team had no idea that mum Ali was expecting a baby.

Claire Quinlan, an Activity Leader at Raby was the first person to meet the new arrival.

“Half-seven in the morning I came in and he had just been born,” said Claire.

“We had no idea at all, if it was any of them we’d have put money on Jenny being pregnant as she’s a lot rounder than Ali. But it was lovely to come in and see a little baby lying in the field.”

When we acquired four alpacas – three females, Jenny, Davina and Ali, and one male called Inca – it was hoped that the patter of tiny hooves would be heard one day, but the animal husbandry team at Raby Gardens had no idea the miracle mum would be Ali.

“Ali, his mum, we nearly lost her a year ago, she was really poorly. She was very ill and the oxygen in her blood was only 6%.

“We would have lost her, but being an alpaca they’re used to being in high altitude (with lower levels of oxygen) so that’s the thing that saved her life.”

As Claire first found the baby alpaca, or cria as they are known, she has developed a special bond with the infant.

When it came to naming the young cria, the team decided to call him Gabe, after the vet who saved mum Ali’s life a year ago.

At Autism Together we employ over 800 staff, supporting around 400 autistic adults through day services and at residential and supported living locations in Wirral, West Cheshire and Wrexham.

The charity’s Raby site is in a picturesque rural area, with residential and respite services set alongside woodlands and fields for the people who live there to explore and enjoy safely.

Sarah Walker is an Activity Manager at Raby Gardens, and explains the importance of having animals on site for autistic people to interact with and look after:

“It’s very therapeutic, I think. A lot of people find them very relaxing.

“People can either hold them and stroke them, or they can have animals at hip height in enclosures, so they can just stroke them and come away when they’re ready.”

You can find out much more about all the animals Autism Together looks after at Raby Gardens in a recent video we made.

If you’d like to support the work Autism Together does at Raby Gardens, you can make a donation via our website.