Skip to content
YOU ARE HERE:Home/My journey from cricket fan to playing for my local club by Andrew Edwards 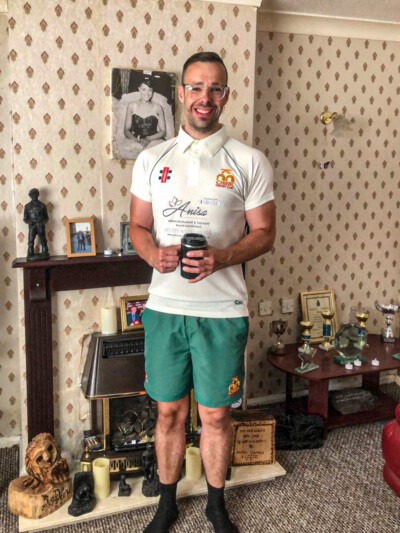 With the cricket season recently given the thumbs up to finally go ahead this summer, we catch up with author, speaker and autism champion, Andrew Edwards, about how he turned his love of watching cricket into actually playing for his local team…

After leaving Manchester United Television in April 2014, I have volunteered, amongst other places, at Brymbo Heritage Trust in my hometown of Wrexham. The first year I was there, my boss and now cherished mate, Gary Brown could clearly see my love of Cricket and Football history. So, Gary and my sister Melanie Beckley encouraged me to write a book on the History of Brymbo’s Football and Cricket clubs.

With my interest in local cricket now blooming, I decided that I would give playing a try. It had to be for a team that usually didn’t have a full allotment of players. I wanted to feature most weeks and not be left out, after a short spell of this occurring when I tried junior cricket aged 15.

After perusing they scorecards of the North Wales Cricket League during the 2017 season, especially those near Wrexham, I had a choice of three teams. I contacted Mr Skinner, Chirk Cricket Club Seconds Captain, as they were one of two teams in Wrexham short of a full eleven, with a view of playing for the second team.

We met up in February 2018 in Wrexham and I could clearly see that we had a shared ethos regarding how to go about playing and behaving in recreational cricket. I had also researched Chirk and found that they had had experience of autism at the club. So, that was my decision made. It has turned out to be one of the three best decisions that I have made in the last five years.

I made my debut on a very warm second Bank Holiday Monday of May in 2018 at home to Ruthin Seconds.

We batted first, rattling up a score well in excess of 200 in our allotted 40 overs. Being me, I chatted amiably to those on the sides introducing myself by showing the books that I have written, including my 2015 memoir entitled “I’ve Got A Stat for You – My Life with Autism”, whilst openly talking about being autistic. I never believe that it should be hidden as it creates issues later on for all concerned.

When we fielded, after an inauspicious start where I dropped a catch, I made amends by taking another catch that others have since deemed memorable. I will never forget the batter’s name… Venkatravaghan Sundaram.

Upon taking the catch, I ran around like a mad person, a la South African leg spinner Imran Tahir. Everyone seemed chuffed for me. Although I didn’t realise how much until months later.

In my second match, I took the wicket of Richie Samuels of Marchwiel & Wrexham Seconds. I had never bowled anyone out in my entire life, even my nephew Louis Beckley when he was six in the front garden!

After four appearances in the 2018 season, we held our annual presentation in February 2019.  Clearly, my catch of Venkatravaghan Sundaram wasn’t forgotten as I won a trophy for “Champagne Moment” of the season, named in honour of club stalwart Dave Kelshaw. 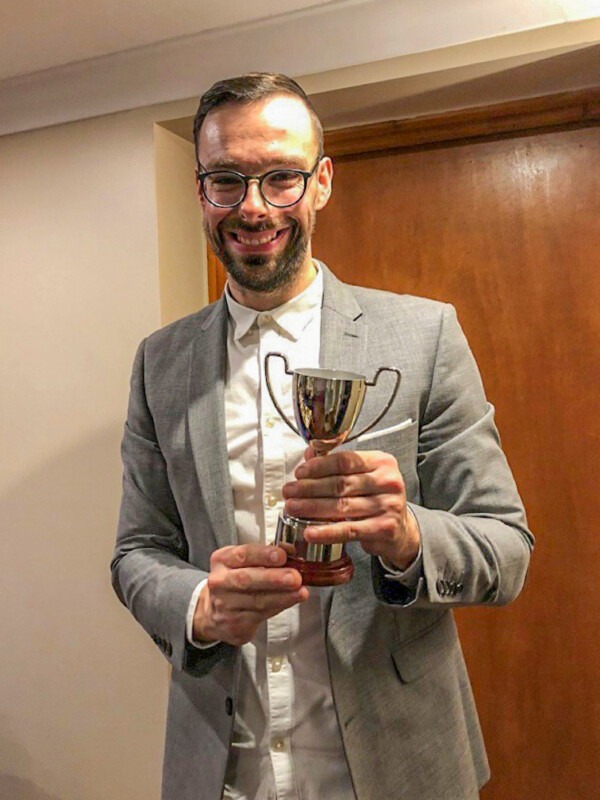 I couldn’t believe how much everyone at the club had recognised me for being me, autism or not. I am still so proud of this trophy. It makes me emotional just writing and thinking about it.

In 2019, I made ten appearances for Chirk Seconds, as the club moved into the Shropshire League, taking five wickets. I even opened the bowling in our last match at Lilleshall Thirds. We also won promotion in our first season in the League.

I still haven’t scored a run, but have batted just twice in my fourteen appearances. I hope soon to achieve this.

I really appreciate the support of all my team-mates and everyone associated with Chirk Cricket Club, especially my captain Ian Skinner. He has completely gone out of his way to make me welcome and a well-respected part of the club, whilst also having my role within the team very clearly communicated to me.

I greatly felt lost due to the coronavirus pandemic at the beginning as I saw my entire social life taken away from me. I couldn’t process that the cricket season wasn’t beginning as usual. It was especially confusing with the lovely weather that we experienced in the spring.

What has helped, outside of my strength and conditioning training at home, 10km runs and walks with my sister Melanie, is being in contact with my team mates. I joined the club Group Chat and we have a Zoom Quiz every Saturday evening. This was great fun and I was buzzing afterwards.

Fortunately though, after clearance from the Welsh Government in the last round of lockdown easing, our season in the Shropshire Cricket League Borders Division started last Saturday at home at The AAA’s, Holyhead Road against Pontesbury Seconds.

Although there a few adjustments for health and safety had to be made, I loved every second of the day as I never thought that it would happen just a couple of months ago. It was like all my Christmases had arrived at once. We won by 49 runs and I bowled three of the last five overs of the match.

For more info about Andrew, his writing and public speaking, visit his website: www.andrewedwardsautism.co.uk