Skip to content
YOU ARE HERE:Home/Bobby Latheron – his world, his words, his autism

Bobby Latheron – his world, his words, his autism 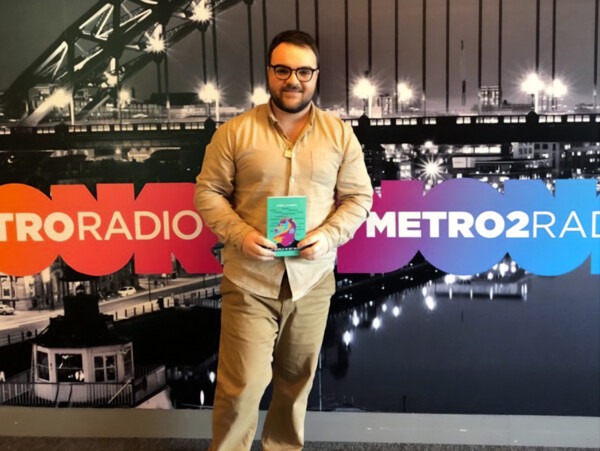 Here’s a new blog post for you all from a young writer from the North-East of England, Bobby Latheron, who has recently published a book about his life and his autism…

My name is Bobby Latheron and I am a 25-year-old man with autism.

I didn’t always know that I had autism until I was given my diagnosis in Year 7 (age 11-12). When I was given the diagnosis, I felt normal, like nothing had changed. I still found the school work challenging, the teachers didn’t understand me, I was always in trouble for not being able to tie my ties or do the work properly.

Things changed a lot for me when I went to Beverly School in Year 9. At Beverly School the teachers were supportive and I felt safe but I found the work too easy and the learning too laid back. I left Beverly School after Year 10 and enrolled in Stockton Riverside College where I took an acting course. Because I struggled with my Maths and English I had to leave college after my second year and instead went to Columbus College of Art and Design and had to leave again after one year of my Level 3 course because of my Maths and English.

After this, I enrolled in ESPA College which is for people with autism. At ESPA I re-did my maths and English. I loved ESPA but it felt weird at times when I was the only student there.

Everyone experiences autism in their own way but I always knew I was different. While I think autism affected my learning, I was still a normal person. I was a bit silly sometimes and would act childish and do things to impress others, but that was all a way to get people to like me.

I started writing my book in my second year of ESPA College. It was all because a teacher suggested I write about my life, since my life was so dramatic and I was so unique. I had always wanted to write a book about autism because, in my head, I feel that people don’t understand a lot about people with autism. So I began to write my book. It took two years to write. The hardest part about writing a book was planning and deciding where to start.

My book titled, My World in My Words, is different to other books. It talks about autism but also about mental health. I put my own music in the book and explained to readers the meaning behind the songs. Because I have a love for acting and drama I also included a script in the book to show people my imagination. By writing this book, I want people to see who I am.

At the end of the day we are normal, we are just like you, we are human beings.

Since the book has come out my life has slowly begun to change. I have been in a few magazines, I have had an interview on BBC Tees Radio and TFM. My goal is to be interviewed on TV, different radio stations, and even create my own documentary – all to raise awareness of autism and mental health in the community.

If you would like to learn more about Bobby then check out his book, ‘My World in My Words’. You can buy a copy through Amazon, eBay, or the Waterstones online store.