Skip to content
YOU ARE HERE:Home/Autistic travel blogger Alex shares his love of exploring countries and cultures around the world 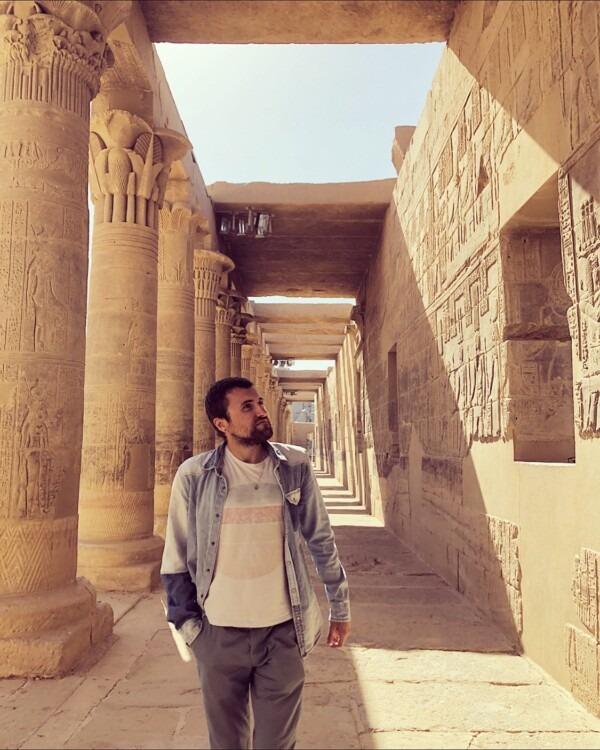 Travel blogger Alex Stratikis loves to explore the world and share his experiences of travel from the point of view of someone on the autism spectrum.

We caught up with Alex and suggested he pen a blog specifically for Autism Together so we could find out more about his love of visiting foreign lands, and his journey from growing up in Scotland to living in Japan and America, and exploring over 30 different countries so far…

I’m Alex a 20-something male on the autistic spectrum, and founder of Autism Adventures Abroad. I’m a travel blogger, I love architecture, history and good food! I’ve been travelling for nearly 9 years, and I’ve lived in 6 countries and visited more than 30.

I was born to a Greek father and Scottish mother, and raised mainly in Fife, Scotland. I’ve since lived in England, USA, Australia, as well as twice in Japan.

I have an honours degree in Japanese and work as a freelance translator. I was motivated to establish my blog to inspire and give confidence to other young autistic adults keen to explore the world and build their independence. I was diagnosed with Asperger’s Syndrome when I was 6 years old (I now identify solely as autistic in line with the DSM changes in which Asperger’s has been removed).

I struggled socially throughout my childhood and struggled to make friends, now I travel the world and have friends in almost every country.

Travelling itself is nothing new to me. I come from an international family, so we used to go on family vacations to places like England, Spain and Greece (all of which I have family in). My first flight was when I was about 6 weeks old, so I guess you could say that I started very young. My Mum said I was always so good when we travelled but maybe that’s because I travelled from such a young age. 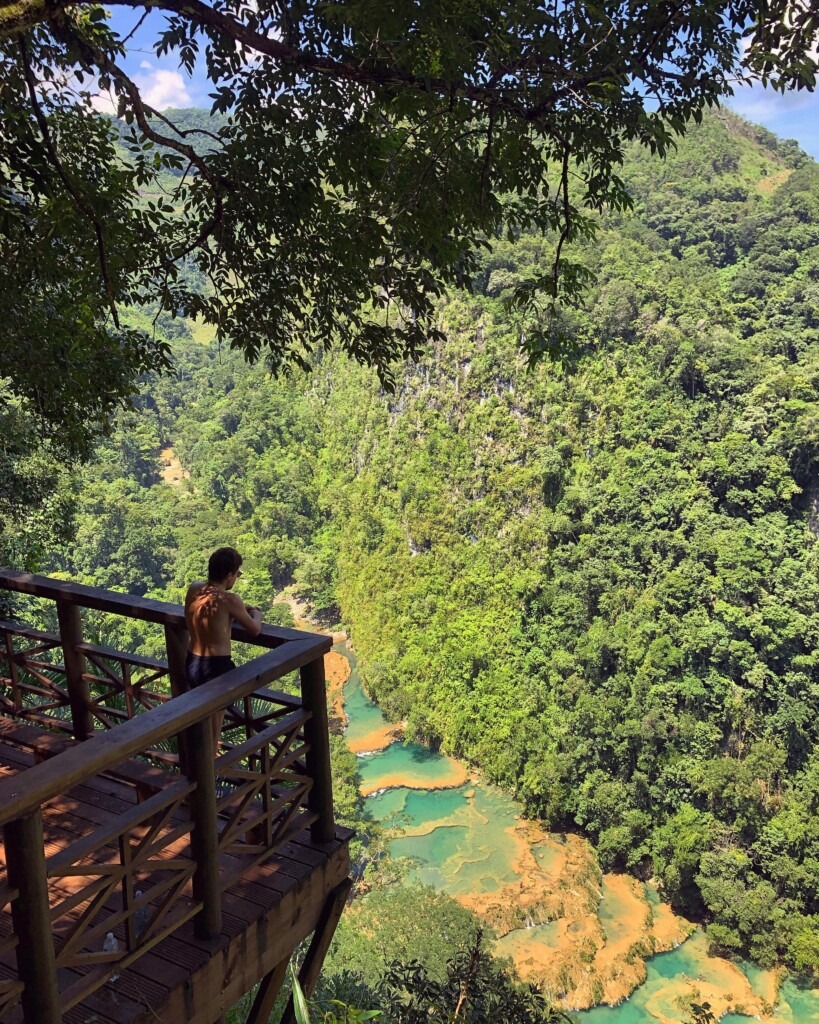 However, having family in those places meant that those were the only places we would go when I grew up. The rest of Europe and the world was put on the back burner. I always had a strong desire to see more beyond these limits for as long as I could remember. Looking back, I think this was partly fuelled by my own unhappiness with life in my own country.

I began taking Japanese lessons when I was just 13, at an adult night class. Within the year my Mum and I travelled for the first time to Japan and travelled for 2 weeks to many parts of the country. That trip was a game changer for me. This was my first real experience of immersive travel (as opposed to a quick family vacation).

Since that time, I’ve read many articles and posts online from autistic individuals and their families on all the reasons why they don’t engage in travel – and in some cases, never have in their lifetime. A recent report found that “Only 13% of families affected by autism who were surveyed take family vacations. Yet, 93% of respondents said they would be more inclined to travel if autism-friendly services were available.”

I remember when I first read that quote, it really hit home. Traveling wasn’t anything painful or unsettling for me, which I now recognise as a privilege many members of the autistic community do not have. And that’s the main reason why I can never speak for the whole community. The spectrum is so varied that I don’t think any autistic person can ever make that claim. There’s some aspects of other autistic people‘s traits and personal events that I can’t relate to because I’ve never experienced them. Vice versa, I’m sure there’s other members in the community that feel the same way about some of what I share and have been through too. I think the best any of us can do is practice understanding and tolerance. It’s okay not to ‘get it’, I don’t think that should ever be the expectation, but by just listening to these voices we can learn a lot.

In my teenage years, I had numerous setbacks in my mission to further myself. Perhaps the biggest one was being rejected from the only university in my own country that offered the course I wanted to do. At the time my goal was to speak Japanese fluently and move to Japan.

I went back to my dead-end job at a clothing store, not sure how my life would move onwards from that point. I knew deep down that if I didn’t act now then this would be me for the rest of my life. I resolved to apply to a language school in Tokyo, to which I was quickly accepted. I had saved enough over the years to pay the tuition fees for 2 semesters and finance a basic furnished apartment.

So, at the age of 19, I spent 6 months living in Tokyo. Those were some of the best months of my life. I learned a lot about myself, my limits, my likes, and dislikes. I really pushed myself during my stay. I began engaging with online meet-up groups to make new friends outside of the school. Before long, I was invited to a weekly pub social in Ikebukuro, allowing me to make connections with others based across the city, most of whom were in the same boat as me – living in a foreign county. I also took part in some late-night bar crawls, though I found that this was where my limit might lie (especially since I’ve come to realise that bars with loud music and clubs are not the best places for casual socialising in a relaxed setting).

This is a key point; it gives you a starting point in developing connections with others. Nobody was there to judge others’ differences, everyone was there to connect with the people present, most of whom were of different cultures to themselves. It was a real eye-opener at the time, I had never had such a feeling before. This was the beginning of the journey to where I am now.

I was then accepted to do an Honours Degree in Japanese at Newcastle University in England, I spent the first 2 years studying in England, the 3rd year studying in Japan and the final year completing my degree in Newcastle. I graduated in the Summer of 2019 and went to Boston in the US to undertake a 6-month internship. During that time and the 4 months thereafter I travelled to Canada, the west coast of America and I even went to Hawaii and then onto the east coast of Australia.

Fast forward nearly 9 years and I’ve now travelled across almost all continents, sometimes as a tourist, sometimes living and working, or living and studying in other countries and I’ve learned so much about myself and realise how much travel has changed me and developed me personally. 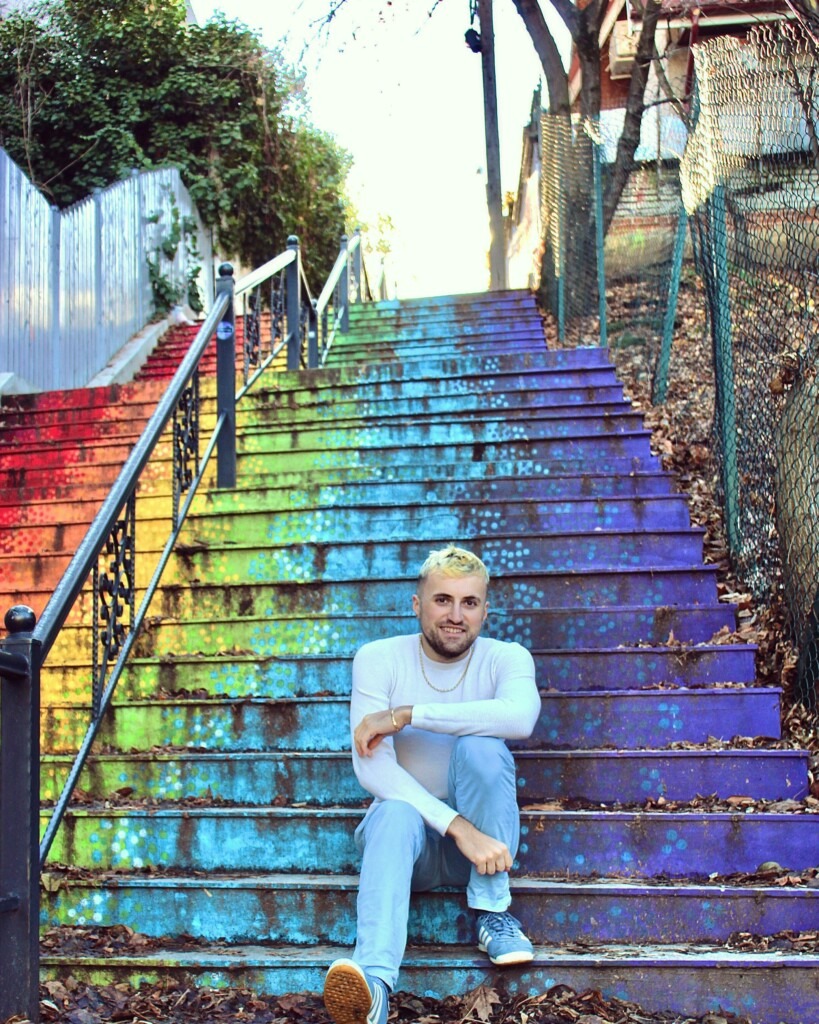 I read a true saying just a few days ago. It said something along the lines of ‘if you stay in the same area and don’t travel, it is like reading the same page of a book repeatedly, whereas if you travel, you are reading more and more pages and adding to your knowledge and understanding all the time’.

I always knew there was more to the story, I was always hungry to read as many pages of that book as possible and that is what I am doing. Travel has changed me, for the better, it has developed me as a person, but also my interest in the wider world we live in grows with every trip I make.