With biometric technology, the possibilities are endless 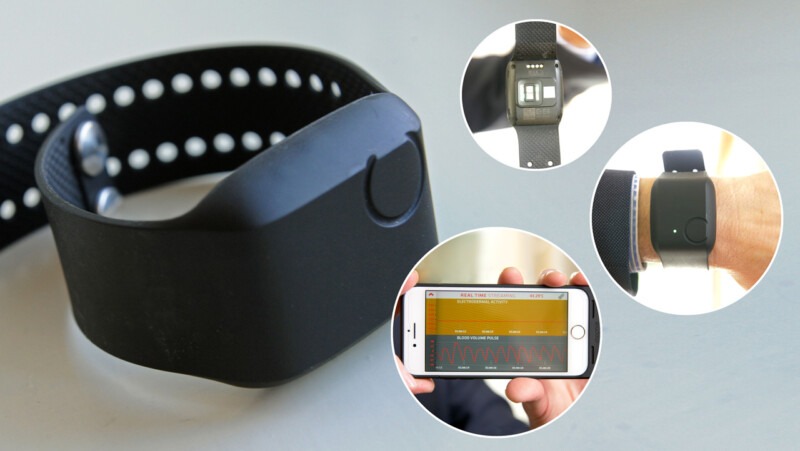 I was bitten by the autism ‘bug’ early on in my career when I was working as a houseparent, (a very old-fashioned term for a support worker), at a residential school for children with severe learning difficulties in Devon.

At this time autism was known about, but not understood to the same degree it is now and there were a few children who had been diagnosed with the condition living at the school. I was lucky enough to have been allocated ‘key worker’ duties for one lad who was autistic. He was non-verbal, displayed repetitive behaviours and for most of the time seemed content to be on his own. However, you could just tell that there was more going on with this young man.

Having gone to the library and done some research I began to understand more about the autism condition and developed a deep-rooted sense of admiration for those autistic people who adapt and cope with the neurotypical world on a daily basis. If you don’t know anything about autism it’s worth noting that the difficulties experienced by autistic people make the world a very scary place indeed.

In fact, an autistic friend of mine likens living with autism to being an English-speaking visitor to Tokyo: you don’t understand the language, you are overwhelmed by the visual stimuli of neon signs, by people invading your personal space on the subway, by the smells and the hustle and bustle. It’s overwhelming, isn’t it?  And yet this is how an autistic person experiences life every single day.

As my career developed, I worked with more and more individuals who were described as complex. I recognized that behavior is a form of communication and therefore it was fair to assume that if an autistic person is harming themselves, attempting to harm someone else or damaging property that are communicating a high level of stress, frustration or anxiety.

My colleagues and I did what we could to try and understand the reasons for the behaviours we witnessed. We set about changing the meal times, the staff on duty, the colour of our jumpers, the temperature of the rooms and our communication styles. Sometimes these things would work, more often in fact, they didn’t.

We knew through experience of working with complex autistic individuals that unless the cause of these behaviours could be established then they would escalate and may result in the person being hospitalised for their own safety and assessments.

Of course, these assessments had the same chance of success that we did except that there was an element of clinical observation and they (the hospital staff) had the option of prescribing sedative medication. Typically, we found that the individual’s behavior would stabilize, they would be discharged into their communities, but because it was the symptoms that were being addressed not the cause, the triggers for the behaviours still existed and then all too often they would end up back in hospital as the behavioral crisis recurred.

I had begun working at Autism Together in 2013 and in the spring of 2014 my colleague Jane asked to attend a conference in Paris. On her return Jane told me about an academic from America who was demonstrating the use of biometric technology and was discussing a project that he had ongoing in a school in New York state.

Dr Matthew Goodwin, from Boston’s Northeastern University, was wearing a device like a plastic bracelet on his wrist that showed his level of anxiety in real time on a big screen to the audience as he was presenting. Jane suggested that I watch his presentation online as it was “really cool”.

Having watched the technology in action, the applications for the people we supported was obvious. Here was technology that could help autistic individuals, their families, support workers and clinicians to understand when a person’s anxiety was escalating and then we could intervene and help them reduce their anxiety before there was any behavioural incident.

Biometrics work by monitoring tiny physiological changes in surface skin temperature, sweating and heart rate – along with three-dimensional limb movements. They are super-sensitive and can pick up the smallest changes that indicate rising levels of stress and anxiety.

The possibilities are endless: we can work with non-verbal autistic people to help establish what reduces their base level of anxiety, we can use the technology to identify the causes of increased anxiety. We can identify what causes sleep disturbance (a common feature in autism). Through using this technology, we can conduct a thorough assessment of the individual’s needs, thereby heading off the challenging behaviours, reducing hospital crisis admissions, benefitting the well-being of the individual and, potentially, saving the public purse huge sums of money.

It took a number of meetings between Matthew and I to scope out the project and we have worked hard over the last four years to get to stage we are at now. Our principal limiting factor has been financial resources, however with the launch of our Future 50 appeal we are in a position to start piloting this technology at Helen House in Raby, Wirral, to understand it’s full applications in a care setting.

My vision is that using bio-metric technology we’ll be able to improve the wellbeing of autistic people by understanding the causes of their stress and anxiety and thereby supporting them to reduce these stressors and the behaviours that can so often cause them harm and distress.

Robin Bush is CEO of Autism Together

“Having watched the technology in action, the applications for the people we supported was obvious. Here was technology that could help autistic individuals, their families, support workers and clinicians to understand when a person’s anxiety was escalating and then we could intervene and help them reduce their anxiety before there was any behavioural incident.”