Teachers weren’t surprised when I said I was transgender

Teddy Matthews is transgender and has autism. In his final blog, Teddy brings us up to date. And his world today is a much happier place.

After my diagnosis my mother organised for me to have weekly meetings with a private councillor who specialises in autism (Mrs M). She was, and continues to be, immensely supportive in terms of my understanding of the diagnosis and my own personal development.

One of the first things she encouraged me to do as a small project was to go online and research Autism Spectrum Disorder. This would help me to understand myself better in terms of my diagnosis and how to cope with various challenges that having autism entails.

Not long after this the school also suggested that I get additional support from the local autism support team. Due to having met with Mrs L previously, at my friend’s house, I asked whether I would be able to have her as my additional support. Luckily they were able to ask for her specifically and she became my second councillor at the time.

Once I had my diagnosis all of the support systems in school were now open to me as they could justify the use of them rather than them giving them to a child who by all accounts was neurotypical. It is poor that these support systems were unavailable to me prior to this, however I was over the moon when I was finally able to feel more supported and better understood in the school setting.

And then it was time to face my second great challenge, coming out as transgender. I ended up coming out in the middle of my exams. I had many people to tell, including extended family, friends and of course my councillors.

Mrs L had provided me with great support in the run up to my exams and invigilated my maths exams; she was one of the first people who I told outside of my friends and family. Once I had told her that I was transgender I was startled to find that she was not entirely surprised by the revelation, due to how I had been talking about masculine characters I enjoy writing about, especially those I base predominantly on myself. This was very reassuring as it did not seem cataclysmic, and assured me that what I was telling her was tangible and real.

My best experience after my diagnosis came from National Citizen Service (NCS), as I had signed up to the course with my legal name several months before coming out as transgender. Therefore, on the first day of the course I was rampant with anxiety. Luckily one of the staff members noticed me and asked me what was wrong.

It didn’t take me long to explain why I was feeling this way and the whole team immediately took it in their stride. Within ten minutes of me telling them, they got me a new name badge, were asking me about pronoun usage and which dormitories I would like to be in for the duration of the course.

It was the first place since my coming out where nobody outside of the staff was aware of my legal name and my chosen name was used consistently throughout the three weeks. I was only misgendered on a few minor occasions and anybody who did misgender me was immediately apologetic.

Since I have had my diagnosis and come out I feel infinitely better than I did before, when I was successfully subduing my difficulties. I am immensely proud to be myself and I am happy to have been born in the 21stcentury. 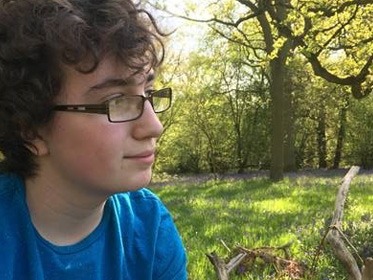