Skip to content
YOU ARE HERE:Home/Blog: 3000 km of India in a tuk tuk 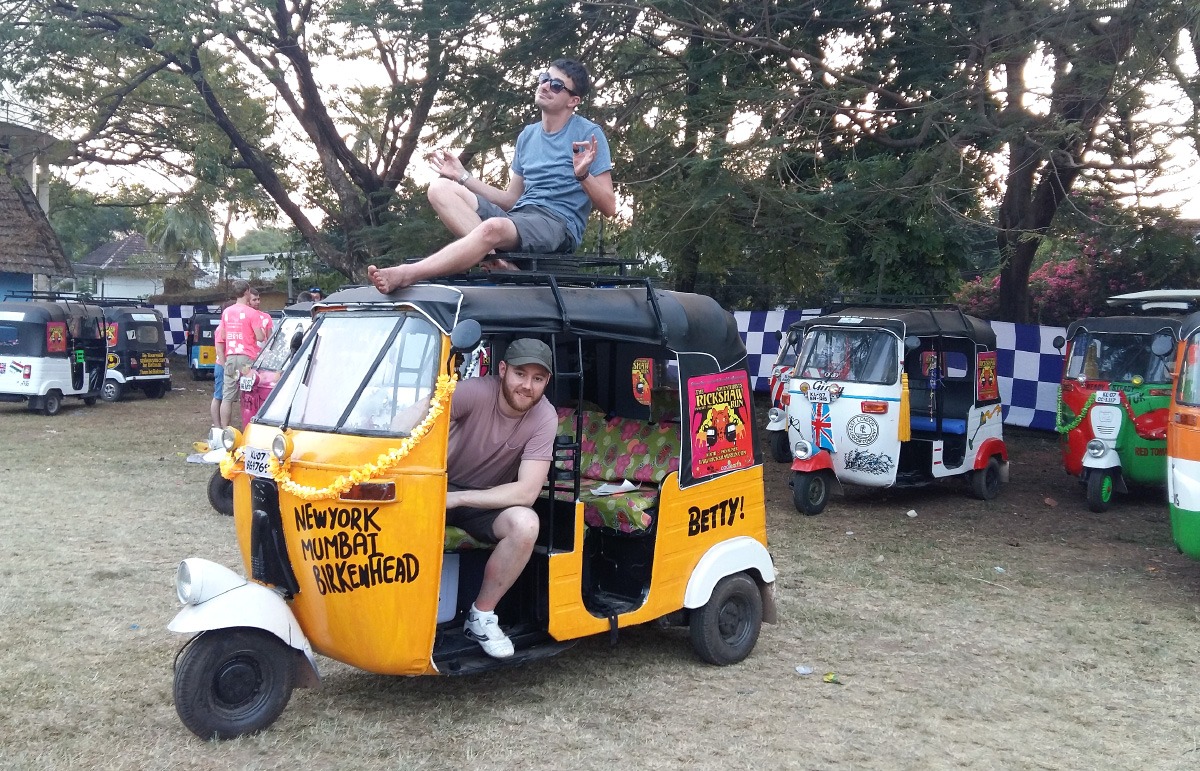 To raise money for Autism Together, Tom Colwell and Rick Forster are driving 3000 km up the west coast of India in an auto-rickshaw, or a tuk tuk. Tom has sent us this dispatch from Goa, where they’ve stopped for a rest day.

Tom and Rick would be grateful for donations (and encouragement) through their Just Giving page:

To raise money for Autism Together, Tom Colwell and Rick Forster are driving 3000 km up the west coast of India in an auto-rickshaw, or a tuk tuk. Tom has sent us this dispatch from Goa, where they’ve stopped for a rest day.

Driving a rickshaw through India can require a lot of patience, many early starts and more than a few cups of chai (tea) when things go wrong.

We learnt this early on the our second day.  We loaded up and were on the road before sunrise, flying through the Indian countryside about 150kms from our start destination of Fort Kochi in Kerala when we had to pull over to investigate a dubious noise on our already rackety machine. It’s worth noting that rickshaws aren’t smooth, nor are they particularly pleasant to drive and you really have to know one dubious noise from another to tell if there’s anything wrong with your steed.

Within seconds on us opening the rear hatch, which allowed us access to our glorified lawnmower engine, it was evident that our exhaust had pretty much fallen off.

Locals swarmed around, asking where we were from, how we liked Kerala, what our names were, and, most importantly, did we know Wayne Rooney. Soon we had people trying to offer all kinds of different fixes.

“The mechanic will open at 9.30!” one chap told us. Whilst we were musing on this he told us that his town was very safe, and that, “No one will hit you!”  Minutes later another gentleman appeared with a huge piece of wire and strapped our exhaust to the chassis holding it more or less in place, and then tying the other end on with a piece of rope.

So here we were, bleary eyed, still a bit jetlagged and broken down on the side of a village road in the early morning, with a crowd of people trying to outdo each other in helpfulness.

“No charge for you sir!” exclaimed the mechanic. “And it has a ten year guarantee!”  He beamed out a smile and popped in his best head wobble as we shook hands – and then we were on our way. Our rickshaw Betty purred along, sans the dodgy rumbles that had prompted our chance meeting.

Twenty minutes later the rope had burnt off.